If any fitness-minded entrepreneurs happen to read this - today is your lucky day!  I've got a great product idea!

I've observed how E-bicycles have taken over a large portion of the bicycling market.  Apparently, lots of people like the notion of riding a bicycle, but let's face it... PEDALING IS HARD!  Why work so hard, and sweat and whatnot, if you can just coast along, right?

Well... why not disrupt the STATIONARY BIKE market, in the same way?  Peloton and competitors have found their way into gyms - and homes - across the Fruited Plain.  Imagine how many people would be interested in a stationary bike, if you didn't have to work so hard to make it "go"!  The E-Peloton is almost a guaranteed winner, based on road-going bicycle trends! 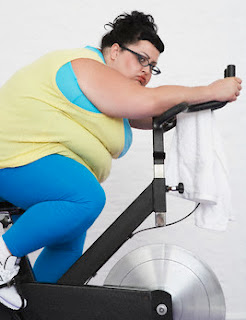 (If it were me, I'd also market an optional handlebar-mounted Big Gulp Holder, and maybe a tray big enough to hold a couple slices of pizza, or donuts.  And a basket where you could stash your bag of Doritos! Win-Win-Win!)

On a related note - this ad (below) popped up in my browser.  The (old-fashioned) stationary bike looks pretty routine.  (I tried a stationary bike over a winter, many years ago... I was bored to tears!)  But I was intrigued by the notion of "Smart Dumbbells"!  So many questions!  First of all - isn't the word "dumb" somewhat verboten in our hypersensitive cancel-culture social environment?  And... wouldn't those just be "Smartbells"?

Posted by Bikeboy at 7:57 AM No comments:

If you follow such things, you probably saw that Paul McCartney - the Paul McCartney - the "cute" Beatle! - will begin his 2022 Concert Tour in nearby Spokane!  I saw the news a couple weeks ago, and briefly entertained the notion of trying to score tickets.  But then I was dissuaded by Harsh Reality: I figured you'd need to be poised at the moment they went on sale... they're probably $150 for the Nosebleed seats... and the concert itself would be lots of elbow-to-elbow super-spreader contact with total strangers.  Oh - and I don't have a smart phone to hold up with the light on and wave back and forth... 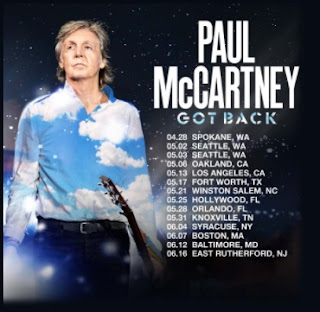 So - I was surprised and amused when my 15-year-old granddaughter Mackenzie excitedly announced that she and her dad are going!  Pretty cool!

Let me ask you this.  Think back - when you were 15 years old, were there any 79-year-old entertainers that your grandparents enjoyed 60 years earlier, that you would've been excited to go see in concert?  In all honesty, I don't even know if my grandparents listened to much popular music.  CERTAINLY not in high-fidelity stereo sound, on demand!

This reinforces my theory - say what you want about us "boomers," but the pop music of our generation was likely the best in history!  Mack gets pretty envious when I tell her The Beatles (her favorite group!) came to America when I was 10... released "Sergeant Pepper" when I was her age.  I was there, thumbin' through the record bins to find their new releases!  (Still have a few of those LPs... of course in '22 their music is now stored on silicon chips for easy and immediate access.)

Posted by Bikeboy at 8:10 AM No comments:

It was announced today that Remington Arms has settled a lawsuit with families of Sandy Hook Elementary shooting victims.  $73 million will be paid.  (So the attorneys will probably collect $35 million - that's the first travesty of justice.)

Just in case you've forgotten (which might be fortunate)... nine years ago, a deranged 20-year-old punk took his mother's semiautomatic rifle, and after killing her, he busted his way into Sandy Hook Elementary School, and proceeded to murder 20 first-grade children, and six adult staffers.  (He then shot himself; I assume he's burning in hell.)

Remington Arms was the manufacturer of the rifle.

In what way were they responsible?  If you don't have an answer, perhaps you agree with me that this settlement is a travesty of justice.

How would this be any different from a 20-year-old punk kid taking his parents' Mustang GT and getting drunk and plowing into a crowd of innocent people?  After all, there's no legitimate reason why any civilian needs such a high-performance vehicle!  Should Ford Motor Company pay the victims?

(My heart aches - incredibly! - for the loved ones of the victims.  Twice a week, I do volunteer work at Monroe Elementary School.  It is a spiritual and emotional treat to spend a few minutes with such wonderful, pure, innocent little people!  I work with third-graders... not far removed from first-graders.  If money would heal the pain, a senseless monetary settlement might make a bit more sense.)

Posted by Bikeboy at 4:54 PM No comments:

Are you worried sick about the tenuous situation in Ukraine?  Shirtless Russian KGB Thug Vladimir Putin is rattling his saber, and some think a Russian attack is imminent.  (A side note: meanwhile, this year's Russkie figure skater may or may not be disqualified at the Olympics, for doping.  Why can't those Commies just play nice??)

Whenever I think of Ukraine - which isn't often - my mind goes to some music I played in the school band, either at East Junior High or Boise High.  It was more than 50 years ago, and it's all just a blur now.  But I still remember the music well.  Music has incredible power on the mind! 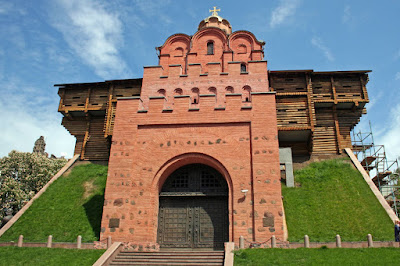 When we played Mussorgsky's "The Great Gate of Kiev," I thought it was magnificent!  Much like this interpretation by Herbert von Karajan.  (I bet we really sounded like a bunch of kids honking on instruments that were marginally in tune.)

Posted by Bikeboy at 8:03 AM No comments:

Frank Zappa is on the airwaves

So, are you a Frank Zappa fan?
He's definitely an "acquired taste."  I could never listen every day, but I'm happy to have him in my arsenal.  I was listening today (and smiling) while on the bicycle ride.
My first exposure was in 1968.  I'd seen his albums before - We're Only In It for the Money was an attention-getter!  The album cover was a parody of the ubiquitous "Sargeant Pepper" cover.  And it had some awesome tunes.  Who Needs the Peace Corps? pokes some good-natured fun at the whole hippie movement of the era.
Today I was listening to "Overnite Sensation."  I'm the Slime is the song that goes with this illustration: 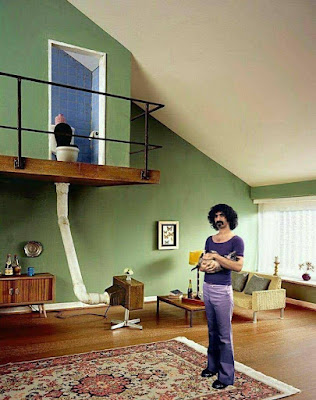 Another favorite from that album is Montana.  "Leaving for Mon-ta-na sooooonnnn... gonna be a dent-al floss ty-cooooonnnn..."
(Click on the song titles above, for a listen on YouTube.)
Posted by Bikeboy at 4:43 PM No comments:

I was once a big NFL fan.  Not so much any more.  For one thing, most games are on Sunday when I'm otherwise occupied.  For another, I was somewhat repelled a few years back, when their games became a platform for promoting social causes and whatnot.  "Just shut up and play!"

"Professional football players - is there ANYTHING they don't know?" - paraphrasing Homer Simpson once again.

But even I sat up and took notice when Tom Braby - arguably the greatest football player of all time - announced his retirement!

Tom Braby - quarterback with incredible skill, movie-star good looks, and a supermodel wife.  The guy has it going, huh?!!  I tell ya, if I had a Braby jersey, I would buy one of these display cases - as seen on Amazon.com the last week or so... 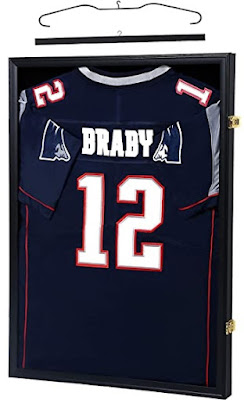 Posted by Bikeboy at 8:14 AM No comments:

So - it's the Washington Commanders.

Why Commanders?  Borrr-ing!  (Some of us locals got advance notification - apparently the website was registered a few days ago, by a company in Eagle, Idaho, that does such things.)

There were a hundred name suggestions that were better than Commanders! 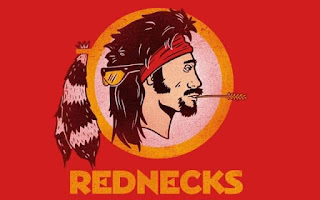 My favorite (being an Idaho Boy)

- Keep the name "Redskins," but replace the image of a fierce native American fighting man with one of a red potato.  YUMMY! 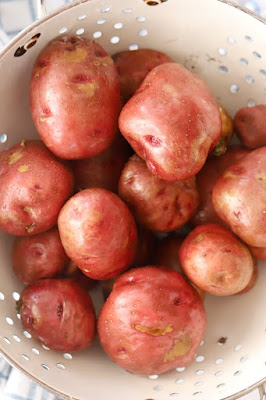