Beethoven must be rolling over!

I'm sorry, folks, but I feel compelled to speak out. For you see, the Rock and Roll Hall of Fame's inductees this year include Neil Diamond and Tom Waits.

He's talented... and he may belong in some sort of Hall of Fame. But the Rock & Roll Hall of Fame? Not on my planet!

Who's next? Barry Manilow? Wayne Newton? Steve and Eydie?

(I might also mention Doctor John. He's a talented guy - plays that New Orleans gumbo on a piano and has contributed to many, many nice recordings. But "hall of fame"? I'm not convinced.)

Some interesting stuff from the Hall of Fame Web Page...
- Currently there are 605 people in the Hall, in its 25th year.
- The inductees include performers, "early influences," and non-performers like producers, engineers, etc.
- They "generally induct five to seven performers each year."

I think they better slow down, if they're inducting Neil Diamond and Tom Waits. There aren't five to seven good rock and roll acts coming out each year any more. And they're diluting things. 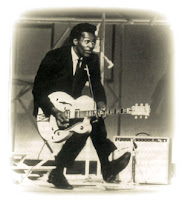 In the most recent two years, they've inducted Abba, Alice Cooper, Neil Diamond, Genesis, The Stooges, and Tom Waits (among others).

I rest my case.

(Sure - those more recent folks have made some fine music. But I question that their names should be chiseled in stone alongside those earlier ones.)

Another tidbit from the website, about the nomination/induction process:

The Foundation’s nominating committee, composed of rock and roll historians, selects nominees each year in the Performer category. Ballots are then sent to an international voting body of more than 500 rock experts.

The recent inductions make me question the nominating committee and the aptitude of these so-called "rock experts." (For the record, I've never gotten a ballot. What's with that?)

I know there are millions of Neil Diamond fans out there. But surely his induction in to the Rock & Roll thing has even them scratching their heads in wonderment... wouldn't you think?

Here's some speculation... maybe next year the inductees will be The Bay City Rollers, Bobby Goldsboro, and the band that did that "Nah-nah, hey-hey, goodbye" song.

Notable absences from the Hall (in my opinion):
- Jimmy Buffett (Some would say he doesn't "rock" - but putting Neil Diamond and Tom Waits in there kinda blows THAT argument…)
- Deep Purple (according to Wikipedia, they've sold 100+ million records, and I like 'em!)
- Jethro Tull (Wikipedia - 60 million, ditto)
- Stray Cats / Brian Setzer
- Richard Thompson
- Stevie Ray Vaughan
- REVEREND HORTON HEAT (Yeah, probably not famous enough… but IMO they are the current KINGS of Rock & Roll! If not them… then who?)
Posted by Bikeboy at 12:57 PM